Every Woman is not Ann but Ann is Everywoman: Characterization of Shaw’s Ann Whitefield in Man and Superman

Shaw has been pre-occupied mainly with the exposition of his philosophy through the media of plays and this is a crystal truth as far as Man and Superman is concerned. Characterization or depiction of characters in their full human round has never been his forte. But nonetheless the feminine characters created by Shaw are undeniably marvelous. Raina in Arms and the Man, St Joan in Saint Joan and Ann Whitefield in Man and Superman are some of the unique creations bearing the impress of Shaw’s mature and superb literary merit.
Read more »
No comments:

Besides the great differences in the character of the words and in the ways of expressing their relations and changes of meaning, there is also a marked difference between the spelling and pronunciation of Old and of Modern English. For a long time, indeed, everyone in England tried to write his words as he pronounced them, sometimes, indeed, with different spellings of the same word in the same sentence. And, judging from the varieties of spelling there must have been great variety in the pronunciation. Since the close of the fifteenth century, however, although many changes have taken place, the growth of national culture and the intermingling of people from various parts of the British Empire, have tended to make the pronunciation uniform; so that now, educated speakers of English, all over the world, differ only slightly in their modes of pronunciation. Our spelling, also, chiefly owing to the use of dictionaries and the influence of our printed literature, has become almost rigidly flxed and very often do

Varieties of Present English: Usage of Grammar in the Learning of the Language

Besides the differences at different periods, there are considerable differences in the language of English speakers even at the present day. Thus, every region has some peculiarities in the way in which its speakers use their English. There are, for example, the peculiarities of the English of Ireland and of Scotland, noticed by us in the Irish and the Scotch immigrants. And, in general, an Englishman can tell an American and an American an Englishman by the way he talks. When these peculiarities amount to so much that they begin to interfere with our understanding the persons who have them, we say that such persons speak a dialect of English, rather than English itself, which in contradistinction is known as Standard English.

There is also the difference between what we call good English and bad (or vulgar) English. By good English we mean those words and those meanings national of them and those ways of putting them together that are used generally by the best educated people of the present day; and bad English is, therefore, simply that which is not approved and accepted by good and careful speakers and writers. Then, again, we find that good English, when spoken, differs slightly from the language of well written books. In ordinary conversation we use, for instance, shortened forms of words, familiar expressions, and a loose arrangement of our sentences, which do not seem fitted for the higher kind of literature. We have in this Good English is reputable, recent, and way a classification of good English into standard literary English and standard spoken (or colloquial) English.

Critical Estimation of Bacon’s essay ‘Of Adversity’: Man to be Optimistic under Most Adverse Circumstance

Prosperity doth best discover vice; but adversity doth best discover virtue.
Francis Bacon (1561 - 1626)
English philosopher, statesman, and lawyer.
Essays, "Of Adversity"
Francis Bacon was a great Elizabethan of wonderful versatility. He was a true child of the Renaissance. He was a great scholar ‘familiar’ with the scriptures of classical languages, histories and mythologies. He was a shrewd observer of life all around him. 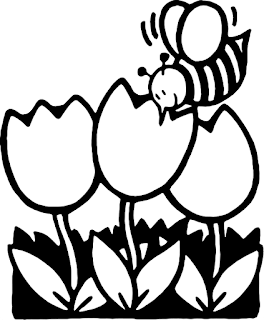 The Scene before the University Wits:

The Scene before the University Wits the English drama as it developed from the Miracle plays has an interesting history. It began with school-masters, like Udall, who translated and adapted Latin plays for their boys to act, and who were naturally governed by classic ideals. It was continued by the choir-masters of St. Paul and the Royal and the Queen’s Chapel, whose companies of choir-boy actors were famous in London and rivaled the players of the regular theatres. These choir-masters were first stage-managers of the English drama. They began with masques and interludes and the dramatic presentation of classic myths from the Italians. But some of them, like Richard Edwards (choir master of the Queen’s Chapel in 1561), soon added forces from English country life and dramatized some of Chaucer’s stories. Finally, the regular play-wrights, Kyd, Nash, Lyly, Peele, Greene, and Marlowe, brought the English drama to the point where Shakespeare began to experiment upon it.
Read more »
No comments:

The canvas of Yeats’ Muse is admittedly vast, combining within itself two apparently irreconcilable pigments. With a beginning which is reminiscent of Keats and the Pre-Raphaelites, Yeats moved forward with mighty strides towards the mature phase of the production of illuminating poetic collections which constitute sortie at the rare marvels in English literature. In between this early and the mature stage here is another period—that of transition which is equally reductive of scintillating poetry full of coruscating symbols.
Te bulk of his early poetry is languid, marked by tinge of romanticism and a pronounced note of escapism. It belongs to the dream-world which is essentially irresponsible and which implies an abnegation of the values of this mundane or terrestrial world. Yeats’s early poems are in the Victorian tradition which itself was a development from the Romantic Revival. Tennyson would not have some into being without Keats, Rossetti would not have come into being without Tennyson. Yeats would not have come into being without Rossetti. One of the chief characteristics of this line of poets—in their better poems—is “an autumnal, almost a morbid, langour”. Yeats’s early poems are dreamy, interspersed with poignant nostalgia. He loved to dwell upon the theme of love frustrated. The verbal music of his early poems is also sleepy, keeping in tune with the theme:
“Although our love is waning, let us stand
By the lone border of the lake once more.
Together in that hour of gentleness
When the poor tired child, Passion falls asleep
How far away the stars seem, and how far
Is our first kiss, and ah, how old my heart.”- Ephemera by William Butler Yeats
Read more »
No comments: