October 28, 2016
"MAN [going towards steps]. Well, good-night, comrade, and thank you. You did me a good turn to-night, and I'm obliged to you. Maybe I'll be able to do as much for you when the small rise up and the big fall down . . . when we all change places at the rising [waves his hand and disappears] of the Moon."-The Rising of the Moon
The Rising of the Moon by Lady Gregory is a play concerning patriotism and struggle for freedom in the background of Ireland political history involving two characters- one the disguised ballad singer and the other the sergeant in search of a run away prisoner. The Rising of the Moon carries a title well chosen from a popular ballad for the Irish Revolutionary who would relay round at the precise moment for same undertaking. Fenian poet John Keegan Casey composed his well known ballad with the following lines:
“Who would follow in their footsteps at the Rising of the moon” 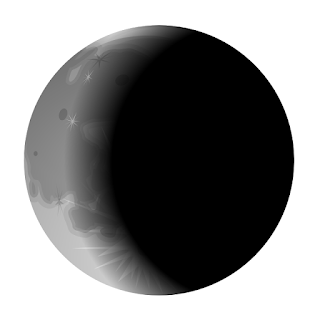 Here moon symbolizes freedom or urge for freedom. Gregory symbolically suggests the moon with the combined spirits of revolutionary in the Irish freedom movement. In fact, the Ragged man, the disguised ballad singer, is no other than the escaped freedom fighter and he is willing to have a change in the political history of Ireland. At the end of the play the Ragged man says to the sergeant, “when we all change places at the rising of the moon”. The implied meaning is that the Irish people would register freedom denying the oppressor British in near future.
We can have a ready reference to Granuaile one of the Irish rebels who fought a brave battle and well memorized Irish freedom rebels who were active and did underground works for the Irish way to freedom.

The play also exposes the emotional weakness the sergeant for his motherland. The Ragged man succeeds in bringing out the patriotic zeal and qualities of the sergeant. The Ragged man persuades him to share a common cause and the sergeant gets ready even to ignore the reword, prospects of promotion and duties of a police man. At the end a true Irish and patriot is given birth - a friend of Granuaile. So in a nutshell, The Rising of the Moon by Lady Gregory has ample implication of being a patriotic drama and she, in fact, voices for the common cause of Ireland, similarly as Dinabandhu Mitra's NilDarpan (The Mirror of Indigo) portrays the Indian cause of patriotism. One can also remind the scene from Pather Dabi (Demand of the Pathway) by Sarat Chandra Chattapadhya where in similar account the rebel patriot escape to Burma.
Ardhendu De
Reference: http://www.facstaff.bucknell.edu/rickard/risingmoon.pdf
https://en.wikipedia.org/wiki/Dinabandhu_Mitra

Popular posts from this blog

February 04, 2012
E ighteenth-century writer Samuel Johnson ((1709-1784) is one of the most significant figures in English literature. His fame is due in part to a widely read biography of him, written by his friend James Boswell and published in 1791. Although probably best known for compiling his celebrated dictionary, Johnson was an extremely prolific writer who worked in a variety of fields and forms. Chief Critical Approaches of Dr. Johnson are: Johnson tried teaching and later organized a school in Lichfield. His educational ventures were not successful, however, although one of his students, David Garrick, later famous as an actor, became a lifelong friend.
27 comments
Read more

Aristotle’s Theory of ‘Poetic Imitation’: Salient Features of Theory of Imitation and Contrast with those of Plato

April 03, 2015
“Mimesis, then, or imitation is, in Aristotle’s view, the essential in a fine art. It is that which distinguishes creative or fine art from all other products of the human mind” - THE MAKING OF LITERATURE (SOME PRINCIPLES OF CRITICISM EXAMINED IN THE LIGHT OF ANCIENT AND MODERN THEORY)   BY R. A. SCOTT-JAMES In Aristotle’s view, poetic imitation is an act of imaginative creation by which the poet draws his poetic material from the phenomenal world, and makes something new out of it.  Plato and Aristotle on Poetic Imitation: It was Plato, not Aristotle who invented the term ‘Imitation’. In Platos’ view, a work of art is no more than an imitation of imitation. He argues that a carpenter can make no more than an imitation of the reality, and the bed he makes is once removed from the truth. But, the painter’s bed is, argues Plato, twice removed from the truth. Read More Drama It is an imitation of imitation. In like manner the poet too creates only a copy of a copy,
6 comments
Read more

Critical appreciation of Rabindranath Tagore’s Gitanjali (NO. 50) – “I had gone a-begging from door to door in the village path”

June 21, 2014
Gitanjali (NO. 50) Rabindranath Tagore I had gone a-begging from door to door in the village path, when thy golden chariot appeared in the distance like a gorgeous dream and I wondered who was this King of all kings! My hopes rose high and methought my evil days were at an end, and I stood waiting for alms to be given unasked and for wealth scattered on all sides in the dust. The chariot stopped where I stood. Thy glance fell on me and thou camest down with a smile. I felt that the luck of my life had come at last. Then of a sudden thou didst hold out thy right hand and say `What hast thou to give to me?' Ah, what a kingly jest was it to open thy palm to a beggar to beg! I was confused and stood undecided, and then from my wallet I slowly took out the least little grain of corn and gave it to thee. But how great my surprise when at the day's end I emptied my bag on the floor to find a least little gram of gold among the poor heap. I bitterly w
2 comments
Read more