"Travel is a vanishing act, a solitary trip down a pinched line of geography to oblivion."
Paul Theroux (1941 - )
U.S. writer.

The Old Patagonian Express: By Train Through the Americas
The North Ship, life tale about a man’s life who decides to immigrate to no man’s land. Released in every direction, this poem wins the life award for best philosophical access. Read More Poetry Despite life’s concern, we proclaim that we too must move on.

Philip Larkin’s poem, The North Ship is about this journey of life. Life is a continuous journey and it is a kind of endless journey battling all the obstacles en route. Philip Larkin’s The North Ship makes a sharp focus on that eternal goal of ours towards the meeting of unknown and unseen.  Like that of the Tennyson’s Ulysses, the poem The North Ship highlights our point of desired goals - a meeting point of onward journey –a forward journey where perils to invest us. It is a kind of symbolic journey of aspiration that overawes all obstacles.
This poem states the journey of three ships at three different destinations. While the first two ship return safely, the third one goes in to calamity and meets hazardous ends. Read More Poetry 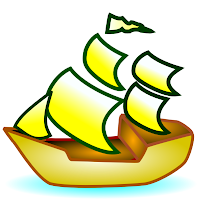 The first ship turns towards west and running through the sea having favoring wind with it, reaches and enriched physical destination of ‘a rich country’.  The second stanza delineates the first ship among the three that the speaker introduces in the preceding stanza. This ship sailed to the west that the speaker indicates as ‘a rich country’. Again, according to him, the nature is still beautiful and friendly as ‘the running sea’ directed it powerfully and ‘the wind’ blew and carried it to ‘a rich country’:
“The first ship turned towards the west,
Over the sea, the running sea,
And by the wind was all possessed
And carried to a rich country.”
The third stanza continues with explaining ‘the second ship’. This ship sailed towards ‘the east’. On the contrary, the nature accompanying ‘second ship’ does not remain the same as that in the first and second stanzas. It became unfriendly and frightening as the sea started quaking and ‘the wind hunted ‘the north ship ‘like a beast’. The north ship was really ‘captivated’ in such condition reminiscence of the lost ship of the Ancient Mariner. The second ship takes the other side i.e. east. It also sails away in to the stewing sea with the wind favoring it to safely anchor into the other land:
“The second ship turned towards the east,
Over the sea, the quaking sea,
And the wind hunted it like a beast
To anchor in captivity.”

In the fourth stanza, the depiction of ‘the north ship’ that has been introduced in the end of the first stanza  is intensified further. The third ship can be inferred as ‘the north ship’ since it ‘drove towards the north’. The negative situation is also intensified here by utilizing the nature that accompanied its journey such as ‘the darkening sea’, ‘no breath of wind came forth’, and ‘the decks shone frostily’.
The natural condition becomes more intensive in the fifth stanza as the ‘sky rose high and black’ / ‘Over the proud unfruitful sea’. The delineation of ‘the north ship’ alters for awhile into the first and the second ships that sailed ‘east and west’. They ‘came back’ in two conditions e.g. ‘Happily or unhappily’.
After the description switched to the first and the second ship in the last two lines of the fifth stanza, the last stanza, again, focuses on ‘the north ship’. Read More Poetry  On the contrary, instead of coming back, ‘the north ship’ kept on sailing ‘wide and far’ to the north and ‘into an unforgiving sea’, ‘under a fire-spilling star’ as if it will never come back as the first and the second ships. This seems to be the reason why the poet repeats line five ‘And one was rigged for a long journey’ in the last line ‘and it was rigged for a long journey’ even though the lines are not exactly the same. Read More Poetry
In the whole poem, it can be observed that Larkin make a movement from positive to negative image of the nature surrounding the ships. At the beginning of the poem he explain the nature is beautiful and friendly indicated by some words and phrases such as ‘lifting (means exiting) sea’ in ‘the morning sky’, ‘running sea’ which is helpful to carry’ the west ship. This situation, then, changes into such a frightening nature that is indicated by some words or phrases like ‘the quaking sea’ and ‘the wind hunted’ the east ship ‘like a beast’ . Such negative condition of the nature is then fortified in the 4th stanza indicated by phrases ‘the darkening sea’, ‘no breath of wind came forth’, The negative mood also can be found in half part of the 5th stanza by ‘the northern sky rose high and black’, ‘the proud and fruitful sea’. Finally, in the 6th stanza the negative tone is indicated by phrases ‘wide and far’, unforgiving sea, and fire-spilling star’.
Ardhendu De
Notes: Philip Larkin is noted Movement Poet which refers to the group of poets of the 1950s. The other notable movement poets are John Wain, Kingsly Amis, Thomas Gunn, Donald Davie and Robert Conquest etc. In the poems of Movement Poets the inflated romanticism and stylistic excess of the 30s and 40s were replaced by ironic, realistic and anti-romantic stance.
- See more at: http://ardhendude.blogspot.com/2011/02/critical-appreciation-of-philip-larkins.html#sthash.WCVlNzg6.dpuf