Model English Note -10 for PGT , TGT and Other Competitive Examinations

February 05, 2013
Difficulty Level:  Graduation     Time: 2hr
Each Question: Word Limit: 30
1.How is Lucy compared to star?
Ans- From the stand point Lucy’s lover,. She is the single star; completely do mining that world, not arrogantly like the sun, but sweetly and modestly, like the star. To the poet she is the solitary star, has no rival, nor would the idea of rivalry, in her unselfconscious simply, occur to her.
2. Write a note of escapism from Keats.
Ans- In Ode To A Nightingale poet’s secret melancholy is ass coated with the note of escapism the poet refers to  his feeling to that of a person who has drunk an opiate or a draught of vintage so that he may fade away, leaving than strafing world unscsn. Farther he thinks how happily it will be to die to the world of nightingale’s immortality.

3. What Owens’s purpose of writing Strange Meetings?
Ans-With a frank realism, Owen set out to present the whole reality of war the boredom, the hopelessness, the futility, the horror and above all the pity of it. With his sharp sativa here we meet the hard realities of war through the meeting of two dead soldiers.
aisheetatai#09

4. Describe after Hardy the winter landscape of The Darkling Through.
Ans- Hardy in his poem has delineated a sharp feature of the winter landscape. At the evening time the frozen frost is everywhere. The makings are seeking household force to best the cold winter outside. As shill wind Howling, cloudy is the lands cape which has no sign of vitality everywhere. 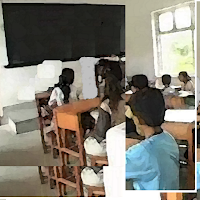 Ans- A good writer should write interestingly write news idle and better story lines. Hill is practical in his approach. He advises his readers to be an observer to the din and bustle of life the every person he meets, the joys sorrows that they meet. In Every nook and cover there is ample display of stories, essays, novels or so. In simple words in the common alleys of life, at the close of ours we can have material’s for our writing if we genuinely fecal and approach the indents our perception and we will than feel never lacking of writing material.
20. Rewrite the sentence correctly according to the requirements of standard written English:
Ans- “Some buildings that were destroyed or heavily damaged in the earthquake last year were contracted in violation of the city’s building code.” Here in this centime two actions are stated. It describes an action that occurred in the past (the construction of the building) before another action (the earth quake) , which also occurred in the past, took place. Thus ‘were’ constructed’, should be changed into had been contracted. Thus, the correct sentence is. “Some buildings…….. Had been constructed …. Code.
22. Correct the sentence with anexplanation- “Neither the owner nor the tenant have yet made his case”
Ans- With either or neither a singular pronoun must be used. But if the second part of the subject is plural, the plural pronoun must be used. In this case, the second part of the subject is tenants. Therefore the right from of the sentence would be “Neither the owner nor north tenants have yet made their case.”
23. Who is the hero of the play She Stoops to Conquer?
Ans- If there is a hero in the play it must be tony Lumpkin, because Tony is the moving spirit of the play. Tony helps in the development of the play. Tony starts the mistakes about which we read in the play. Tony sends Marlow and Hasting to Mr. Hard castle home as an inn that follows many mistakes and the drama develops.
24. Joining He had done a blunder. It might damage the career of the students. Realizing this he apologized?
Ans-When he realized that a blunder he had committed might damage the career of the students, he apologized.
25. Use the followings words along with their Meany: clemency, segregate
Ans- Clemency (kindness: By the clemency of rich window, the orphan child of the slum starts their elementary education.                                                                                                                                          Segregate (divide) the communal interest segregate the national interest at the dawn of our Independence.
26. Write a short Para either on the following saying: Pools rush in where angels fear to tread, or justice delayed justice denied.
Ans- The trouble with most of the people is that they are gifted wit several qualities, but they lack dash in their personality. It is good to be noble, but some people are so noble and angelic that their nobility Enders they unfit to do anything. Link Hamlet they become prisoners of indecision. Intent decision might be foolishness but it accounts success in life.
27. Rewrite the sentence correctly:  In front of a men committee, she has given her examination.
Ans- In front of a five man committee, she has taken her examination.
28. What are the different meanings of dismiss in the following sentence.
(a) Rahall tired to dismiss the matter.  (b) They threatened to dismiss Rahul.
Ans- The word dismiss’ is used in both séances but with different meanings.’ In the first sentence it mains put’ away from the mind, stop thinks about. In the second sentence it mean send away from a rob.’
29. Define the tense of the following sentences: (a) I had been singing for three hours. (b) You have done the work?(c) He had done the work before you came. (d)  He is singing a song.
Ans- (a) past perfect continuous (b) present perfect (c) past perfect (d) present continuous
30. What is called adverb of frequency? Give example.
Ans – Words like usually always ‘never’, ‘often’, ‘sometimes’ of an action. These are which show frequency. Exam: ‘once in a while’, everyday’, ‘as often as possible’ ect.
VISIT OFFICIAL WEBSITE :THE WEST BENGAL SCHOOL SERVICE COMMISSION

Popular posts from this blog

February 04, 2012
Eighteenth-century writer Samuel Johnson ((1709-1784) is one of the most significant figures in English literature. His fame is due in part to a widely read biography of him, written by his friend James Boswell and published in 1791. Although probably best known for compiling his celebrated dictionary, Johnson was an extremely prolific writer who worked in a variety of fields and forms.
Chief Critical Approaches of Dr. Johnson are:
Johnson tried teaching and later organized a school in Lichfield. His educational ventures were not successful, however, although one of his students, David Garrick, later famous as an actor, became a lifelong friend.

Milton's Use of Epic Simile in Paradise Lost, Book-I

January 28, 2011
"Three poets, in three distant ages born,
Greece, Italy and England did adorn.
The first in loftiness of thought surpass'd;
The next in majesty; in both the last:
The force of Nature could no further go;
To make a third she join'd the former two."
John Dryden (1631 - 1700)
English poet, playwright, and literary critic, 1688.Referring to John Milton in relation to Homer and Virgil.
Epic simile is, in simple words, an elaborate comparison that travels beyond the point of comparison and gives a complete poetic picture of some scene or incident suggested to the mind of the poet. They are used for illustration and ornamentation. They add dignity to the style. Such long-tailed similes stand by itself illuminating and beautifying much more than the ordinary narrative.

June 05, 2011
Dr. West conducted an extensive research and experiments on the problems of teaching English as a foreign language in India. Read More Teaching EnglishThe new method is the outcome of his research. It stood as a reaction against the Direct Method.
Dr. West approached the problem of teaching English not from the standpoint of pedagogy, but from the standpoint of social needs of the Indian people. He holds that, “Indian boys need most of all to be able to read English, than to write it, and lastly to speak it and understood it when spoken”. Read More Teaching EnglishMoreover, he maintains that “learning to read a language is by far the shortest road to learning to speak and write it. “According to him it is easier to acquire a reading knowledge of a language than to acquire a speaking. So the teacher’s chief concern should be to develop the habit of purposeful silent reading in the children and not the habit of oral reading.